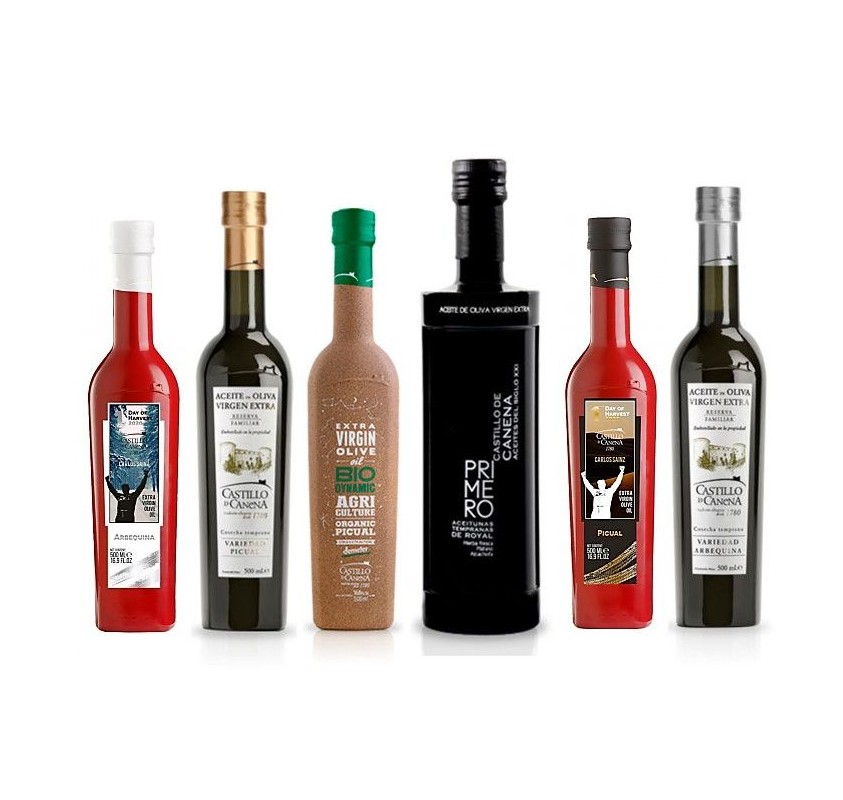 First Day of Harvest Picual y Arbequina is a limited edition of the oil collected on the first day of harvest. Every year a personality from the arts, sciences, society ... imprints on the label his peculiar vision of this magical day.

For generations it has been customary that the best of the harvests of each variety (Arbequino and Picual) will remain for the house in a renowned Family Reserve.

Biodynamic Agriculture is a step forward from the ECOLOGICAL cultivation method. It is based on the harmonization between the different forces that govern Nature: seasons, atmospheric phenomena, lunar cycles, position of the constellations in the cosmos. Biodynamic agriculture seeks the integral balance between the soil, the trees, the animals and the Man.

It is the first oil launched in this category, that is why we have called it "FIRST". The Royal variety is the native varietal of the province of Jaén whose cultivation in the area dates back centuries. Its cultivation has suffered a drastic recession since the end of the 19th century and is on the verge of extinction. Castillo de Canena has recovered it and planted it on the family farm. First Royal Early presents for the first time the Royales collected at the beginning of the harvest.

8 other products in the same category: