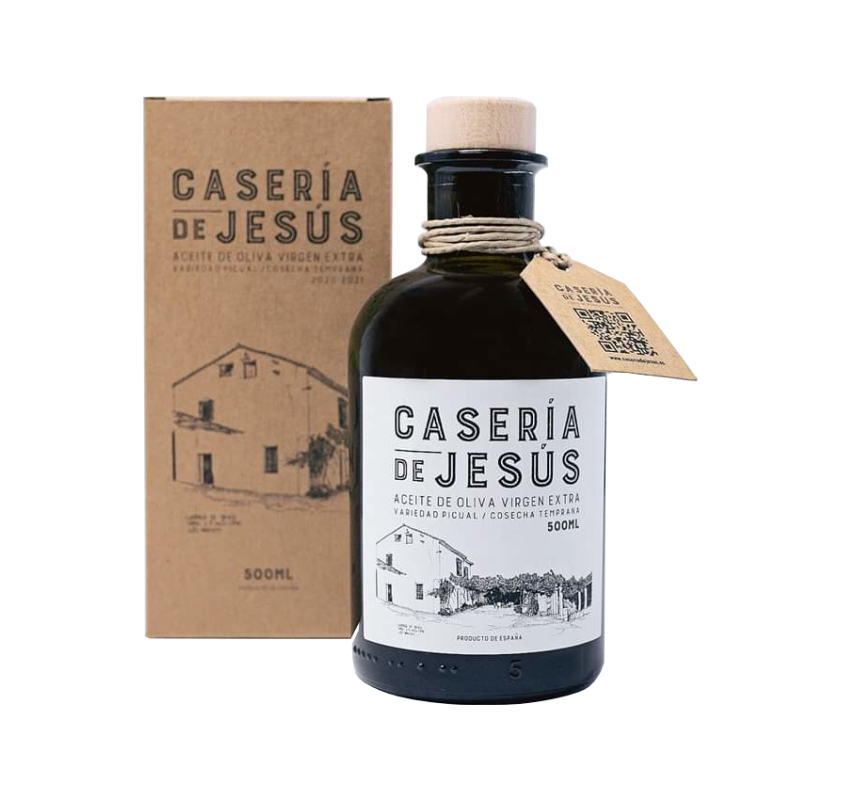 Superior category olive oil obtained directly from olives and only through mechanical procedures.

The Casería de Jesús is a traditional olive farm located on the bridge of the Sierra (Jaén) and in it is the Casería where the legend says that the image of Jesús Nazareno, popularly known as "El Abuelo", appeared.

Since the middle of the 19th century, a legend has taken a letter of nature in Jaén that sheds light on the origin of the venerated image of Jesus the Nazarene.

That legend tells that one afternoon, back in the year 1580, an old man requested asylum to spend the night in a modest farmhouse near the Puente de la Sierra, after a long day of pilgrimage. While he was dining with the landlords, the old man noticed a large log that was in the market and exclaiming said:

What a beautiful image of Jesus he would make from this tree!

The old man asked that the trunk be taken to a quiet room where he could carve the image as a thank you for the hospitality of his guests. The next day, seeing that I did not hear any noise, the landlords entered his room observing with amazement that the old man had disappeared, leaving in his place a beautiful image of Jesús Nazareno, today popularly known as "El Abuelo", a highly venerated carving by the Jaén in their Holy Week.

In memory of the prodigy, the Casería began to be known as Casería de Jesús.

8 other products in the same category: