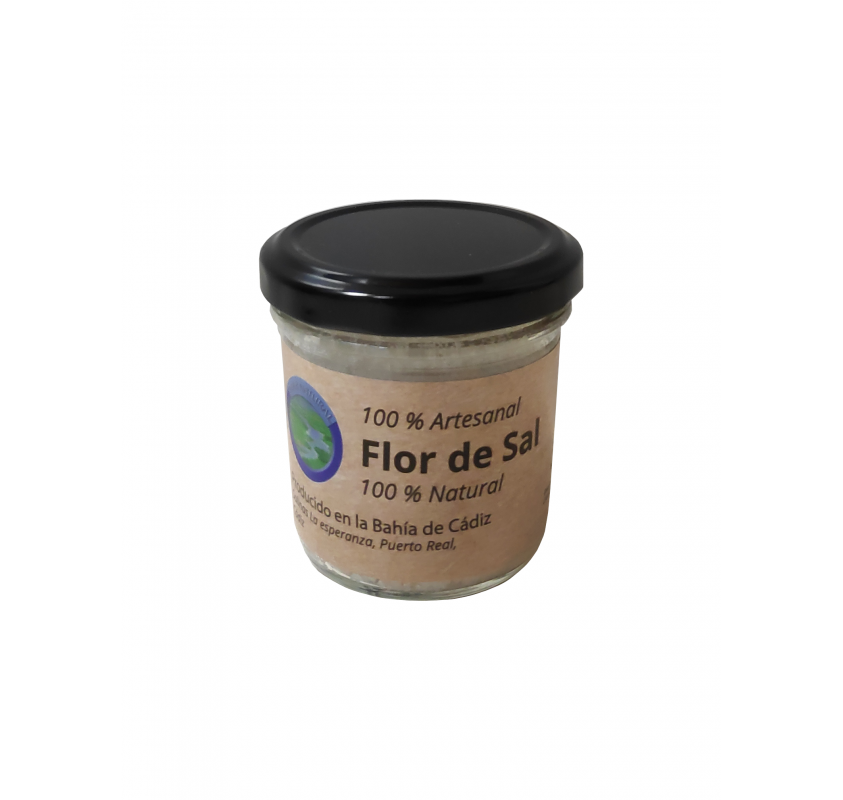 This product is no longer in stock

Virgin artisanal salt, composed of natural trace elements. Its origin arises from the evaporation of sea water. It is washed with the same water that has produced it.
100% natural and handmade. Thanks to the low levels of sodium it presents, it gives it greater nuance and its flavor is characteristic, since it is less salty compared to industrial salt. It is a totally traditional food and essential in any place. Since 2011, it has been recognized in Spain as the oldest and most traditional, a fact that gives a higher category if possible to this salt made in an artisanal and natural way.

The flor de sal, considered a gourmet product, is the result of the action of the sun and the wind producing crystallization on the surface of the water.

Its extraction is carried out in a traditional way, that is, by hand and does not carry any type of extra additive, it is washed with the water of the marsh itself.

It is obtained exclusively by the action of the sun and the wind. Its extraction is "old-fashioned", that is, it is extracted by hand and it is only washed in what is known as a crystallizer.

This salt, as it does not carry any type of additive, is known as "VIRGIN MARINE SALT".